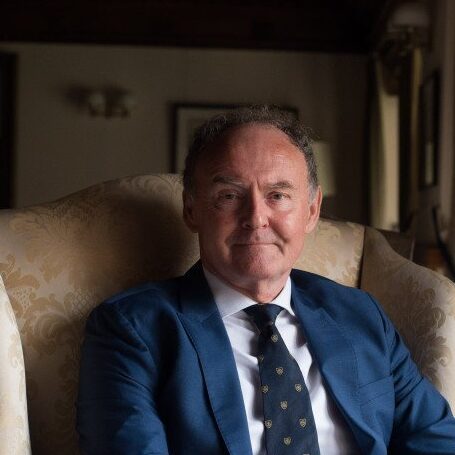 Professor Sir Mark Welland started his career in nanoscience and nanotechnology at IBM Research Laboratories (Yorktown Heights, USA), where he was part of the team that developed one of the first scanning tunnelling microscopes. In 1985, appointed to a Lectureship in Electrical Engineering at the University of Cambridge, he set up the first tunnelling microscopy group in the UK, and in 1991 he began the Nanoscience Research Group. Sir Mark established a purpose-built facility at the University of Cambridge, the Nanoscience Centre, which undertakes a variety of nano-related research programmes of an interdisciplinary nature.  This was the base for the Interdisciplinary Research Collaboration (IRC) in Nanotechnology of which Sir Mark was the Director, and whose highly successful legacy has been far reaching. He established the Science and Technology Research Centre at the American University in Cairo, Egypt, that he co-directed from 2003 to 2010, and from 2008 to 2012 was for the UK, the International Principal Investigator of the $100M World Premier Research Institute in nanomaterials based in Tsukuba, Japan. From April 2008 until May 2012, Sir Mark was Chief Scientific Adviser to the UK Government Ministry of Defence. Sir Mark was Head of Electrical Engineering from October 2015 to September 2018, has been Head of the Nanoscience Centre since 2012, has been Master of St Catharine’s College since October 2016, was elected a Deputy Vice-Chancellor October 2018 and is Special Advisor to the Vice-Chancellor on China. He was appointed Director of the Maxwell Centre 1st January 2019.