With more experience in the creative industries than most could fit into a lifetime, Eina leads several of the Innovation Academy’s courses on creativity and innovation in leadership. 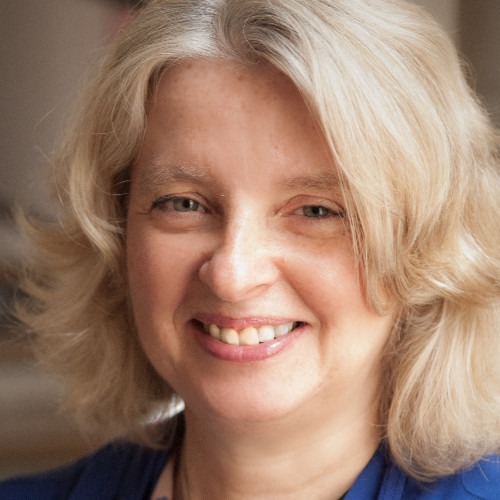 Eina has more experience in the creative industries than most could fit into a lifetime. She facilitates the Innovation Academy’s students to unleash their creativity through our experiential courses.

The BBC. Channel 4. The Nursery Channel. The BFI. Northern Ireland Film Council Screen. These are just some of the organisations that have benefited from Eina’s leadership on innovation initiatives. She was CEO and Artistic Director of The Ark, Dublin for a decade, and has commissioned award-winning programmes across all art forms. Eina also masterminded ‘The Creative Self’, a development programme for primary teachers. And in 2009, she received the Ray Murphy Leadership Fund for her women’s leadership initiative.

In 2018, Eina brought all that talent over to the Innovation Academy team. She recognised that it was a crucial moment for innovation in Ireland, and her leadership and experience could make a real difference. On top of her role as an educator at the Academy, Eina is an Irish Fulbright Scholar and Occasional Fulbright Visiting Lecturer. She also worked on a Fulbright research project entitled “Encouraging the Seedbeds of Creativity” with the Lincoln Center for the Performing Arts in New York.

Eina has a Masters in Applied Psychosynthesis (Applied to the Arts, Media and Creative Industries). Outside the Academy, she runs her own private coaching practice, empowering leaders to nurture a culture of innovation. Her memoir: To Call Myself Beloved is published by one of Ireland’s leading independent publishers, New Island Books. She is also a beginner sea swimmer, always finding a new lease of life after a dip in cold Irish waters on a sunny morning.

Why I joined the UCD Innovation Academy…

“I was drawn to the adventure of the Academy’s co-leadership approach to education. As colleagues, we build on each other’s strengths. When we facilitate together in a shared space of creative flow, it’s exciting for students and facilitators alike. I wanted to help people to reconnect with their essential creativity, in order to lead innovation in the workplace and to transform the educational sector. Working with students is a joy.”